In November 2011, I made the decision to progress towards a plant-based diet and lifestyle. Since then, I have learnt so much about where our food comes from, and what it does to our bodies and the environment. Along the way, I have encountered many obstacles and challenges. I have also been asked lots of questions, most of them valid and a few off them more than a little odd. One of the aims of my blog is to chronicle my experiences as a plant-based traveller. So, hopefully these Plant-Based Pauses will provide a little more explanation and maybe answer some questions that my readers may still have.

‘Become the change you want to see in the world.’ – Gandhi 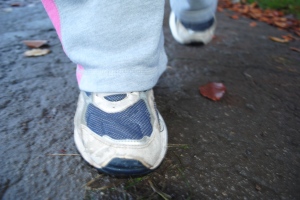 This week’s plant-based theme sounds like it could get a bit deep and philosophical, but don’t worry that’s not how it is intended. I believe that we should all understand what motivates us.

If I woke up tomorrow morning in a world where everyone had converted to living a plant-based life, I would be the first to celebrate. However, if we don’t understand why we’re making those changes and the results that they will bring then it won’t work. There has been some talk in the press recently about people converting to a vegan diet because it is fashionable to follow in the footsteps of vegan celebrities. Somer also wrote a brilliant post about this subject over at Vedged Out. Making a lifestyle change because you are copying someone else isn’t going to motivate you, and the changes certainly won’t stick. Instead, we need to educate people about the effects that eating meat and using animals for products has on our species and the planet. By approaching it this way, others will naturally make better choices for the right reasons.

Personally, my initial motivation for becoming plant-based was my own health. I wanted to be fit and healthy. That is still one of my top priorities, although other motivations have been added to the list over time. People tell me their various reasons for not eating meat or adopting certain aspects of plant-based living all the time. Some don’t like to see animals suffer, some want to reduce their carbon footprint and some just don’t like the way the meat industry has evolved into one big factory process line where you’re not even sure which animal you’re eating by the end of it.

If you’re going to go plant-based, don’t just do it because someone told you that you should. Find out why you should, educate yourself about all the great improvements you are going to make. Find your motivation.