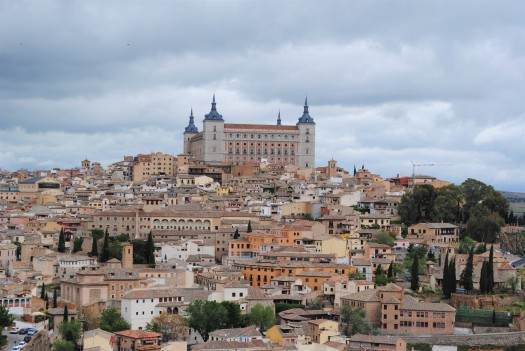 If you do visit Madrid, I highly recommend you take a day out to also explore Toledo. There aren’t many destinations that make me literally say ‘wow’, but Toledo is definitely on that list. 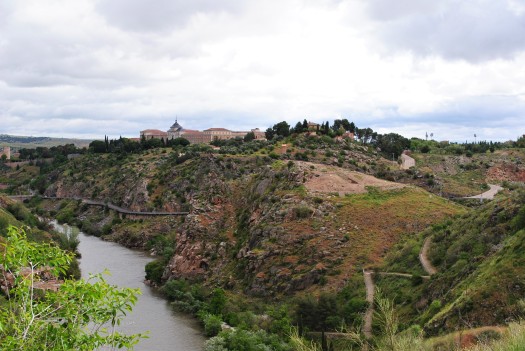 We booked the bus excursion to Toledo with Sandemans. At €25 per person, it’s definitely not the cheapest way to get there (if you’re travelling on a budget, I’m pretty sure there’s a direct train) but I would highly recommend it. When we arrived in Toledo, we were joined on our bus by an excellent tour guide. She took us on a panoramic drive of the city outskirts first, and then walked us into the city for a much more detailed tour. Myself and my friend were the only two non-Spanish speakers, but the guide went out of her way to translate everything so we didn’t miss a thing. 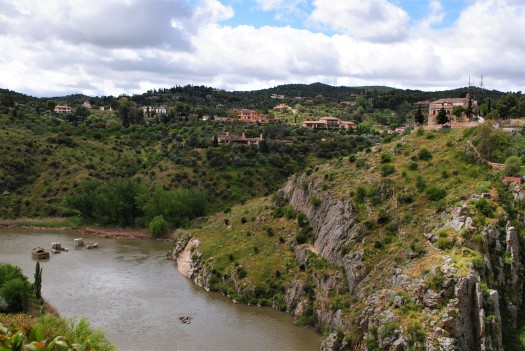 Toledo wasn’t what I was expecting at all. The ancient city, one of the most impressive I’ve seen, sits atop a hill and inside thick city walls. At the bottom of the hill, the river further protects the city. You can try Europe’s longest urban zip line over the gorge. I did feel a little pride when I noticed the ‘urban’ had been recently added to the promotional material, the longest overall zip line in Europe now being in North Wales.

The very modern escalator that takes you from the bus station up to the top of the hill seems very out of place in the ancient city, but the majority of people wouldn’t have any breath left to explore anything if they had to take the steps instead. 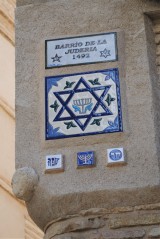 If you’re particularly into religious history, you’ll love Toledo. And if you’re not, it’s lovely just to get lost in the narrow streets and wander.

Top tip – there are some lovely wine bars on the back streets of Toledo where you can taste some incredible, and very cheap wines. Also, there aren’t really vegan options in Toledo (the one and only vegetarian restaurant has closed), so you might want to take some food along with you.