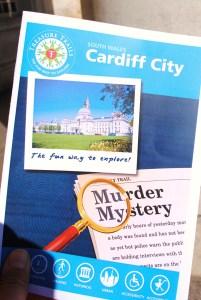 My friends complain that I’m really difficult to buy gifts for, but they always get me great things. A couple of years ago, my friend Catherine bought me a murder mystery themed Treasure Trail for Cardiff. In all honesty, I filed it away somewhere vowing to get it out and actually do it one day. As the weather was so beautiful in Cardiff this weekend, and believe me that is not something  we have said often this year, I decided to go on that treasure hunt that I had been promising myself.

Treasure Trails have designed hundreds of these handy little packs for locations all over the UK. As you follow the clues to solve the puzzle you are taken on a cultural tour that pushes you to find details you wouldn’t normally notice. It’s great fun if you have kids, although admittedly I followed the trail all on my and it was just as entertaining.

The Cardiff murder mystery trail begins at the National Museum of Wales. A mummified body has been discovered in the Ancient Egyptian exhibition, and it’s been deceased for less than 2 months. My quest was to find out who carried out this crime and how the victim died. The first clue was on the foundation plaque outside the museum, and involved some maths which left me in a bit of a panic. You are allowed to request 3 answers to clues via SMS, and I had an embarrassing vision of me using all three of them on the first 3 questions. After double checking my numbers, though, I was able to figure it out and I was off. 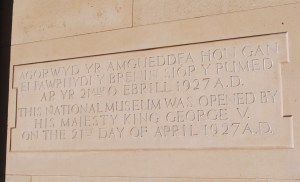 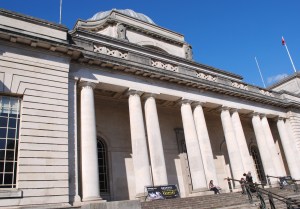 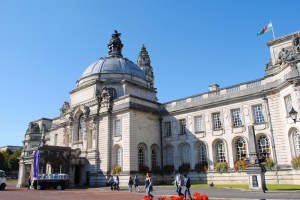 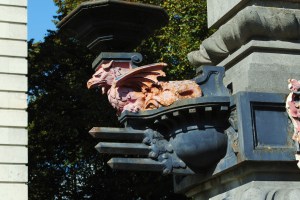 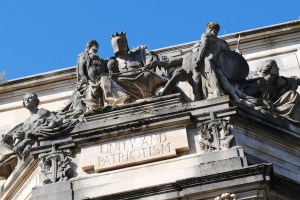 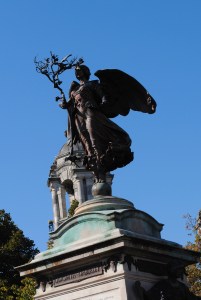 Clue 4 is where I came unstuck. After walking in circles around Bute Park for 30 minutes, I remembered that it had recently had a renovation, since my trail was published in fact. Maybe I shouldn’t have waited so long to solve this murder mystery. 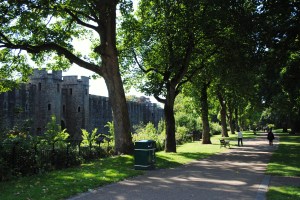 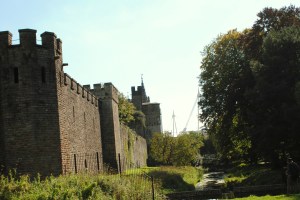 Over two hours, the trail took me on a gentle walk around the park, castle, the Millennium Stadium and city centre. After living in Cardiff for 8 years, I’m ashamed to admit just how much I haven’t noticed before. I have walked through The Hayes hundreds of times and yet never known that some of the traffic bollards I am rushing past have spy holes with beautiful silhouetted scenes inside them. 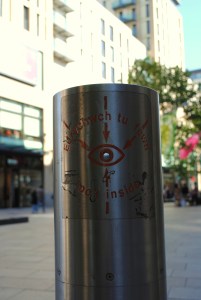 Unfortunately, I’m not the best at following directions and I did get lost/confused a few times. Maybe I should have brought a child along to help me. There was also an amusing moment when I was looking for a clue outside the Hilton hotel. At the same time, there was a crowd of rugby fans waiting for the All Blacks to leave the building. Stood there with my camera and notebook I must have looked like a serious autograph hunter. They all looked a little shocked when, once I’d found my clue, I moved on before the players had even appeared. 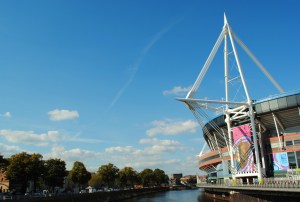 The murder mystery trail is a great, cheap way to spend a couple of hours. I’m definitely going to check out some of the other trails when I’m visiting other UK cities. When I was a kid, there was a popular British TV show called Treasure Hunt. Anneka Rice would fly around the UK in her helicopter, wearing a lycra jumpsuit, and help players to solve clues. I used to love following along at home, and dreamed of one day being on such an adventure. The lycra jumpsuit probably wouldn’t have been appropriate on this occasion and the helicopter would have been a little extravagant, but I got to experience a real life treasure hunt.

My biggest piece of advice would be, unlike I did, to use an up-to-date trail. I resorted to the magic of google to fill in a few gaps, but I did make it to the end. And did I solve the mystery? Well, I can’t give that away can I? You’ll have to come to Cardiff and try for yourself.